The Devils Lake Yacht Club is directed by our Feet Captain.  The Fleet Captain organizes and coordinates all activities of our sailing fleet including hosting various regattas with sailors from the tri-state area in addition to administering the annual youth sailing camp.  Devils Lake Yacht Clubs owns Lightning Fleet 31 and was established in 1941. Today, our Fleet 31 consists of several Lightning sailboats. Many decades, DLYC has held sailboat races on Sundays and major holidays.  Since 1941, the Devils Lake Yacht Regatta has been an annual tradition held in mid-September.  This rich heritage in sailing has allowed the club to hold several national sailing competitions, including the National Sunfish Championship in August 1968 and the National Rebel Championship in the mid 1990’s. Youth sailing camp is administered by volunteers teaching sailing techniques annually during the summer.  If interested, please contact the DLYC office to enroll. 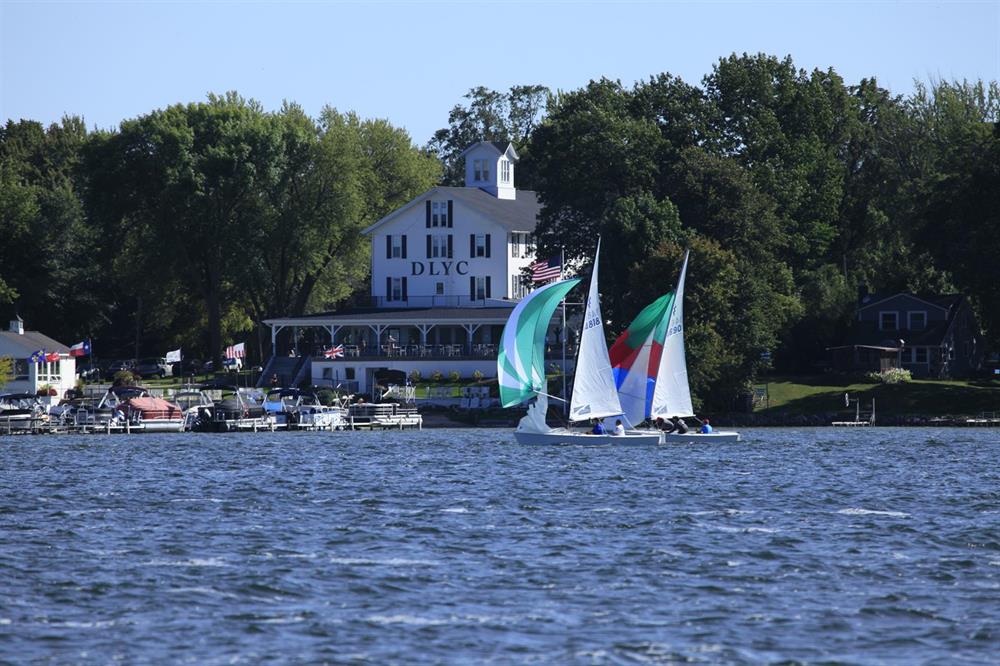 DLYC Fleet Activities
The Devils Lake Yacht Club fleet consists of three types of sail boats: Picos, Sunfish, and Lightnings. The Picos and the Sunfish are used primarily to teach the young members of the Club the basics of sailing, awhile the Lightnings race every weekend from Memorial Day to past Labor Day, as U.S. Lightning Fleet 31.  The Club owns three Picos, seven sunfish, and one Lightning.  Sailing classes for the youth of the Club are conducted a couple of times a week during the months of July and August.  The instructors primarily use the Sunfish for the beginner classes and use both the Sunfish and the Picos for the more advanced youth.  An important goal of the Club is to develop basic sailing skills among our youth and hopefully to also instill interest in the sport of racing sail boats.

All Club sailboats can also be reserved and used by active members of the Club for their own enjoyment when not being used by the sailing instructors.  The Lightning crews are the most active group of sailors at the Club.  Of the nine boats available, typically seven boats and crew are active in the weekly races.  A Lightning crew consists of three people including the skipper.  These races are generally conducted in the southern part of the lake and viewable from the Club docks.  The races usually begin at 11:00 a.m. on Sunday mornings, but occur on both Saturday and Sunday on the three holiday weekends of the summer: Memorial Day, 4th of July, and Labor Day. The sailing season ends two weeks after the Labor Day weekend with the Bruce Goldsmith Memorial Regatta.  The Regatta has been a tradition at the Club for 71 years and draws some of the best sailors from the three-state area.  In recent years, the Regatta was renamed to its present name to honor an excellent Club sailor and one of the best known sailors from the area.  In September of 2014, the Regatta drew a total of 17 Lightnings and more than 30 Sunfish, making for an exciting weekend and a beautiful sight on Devils Lake. 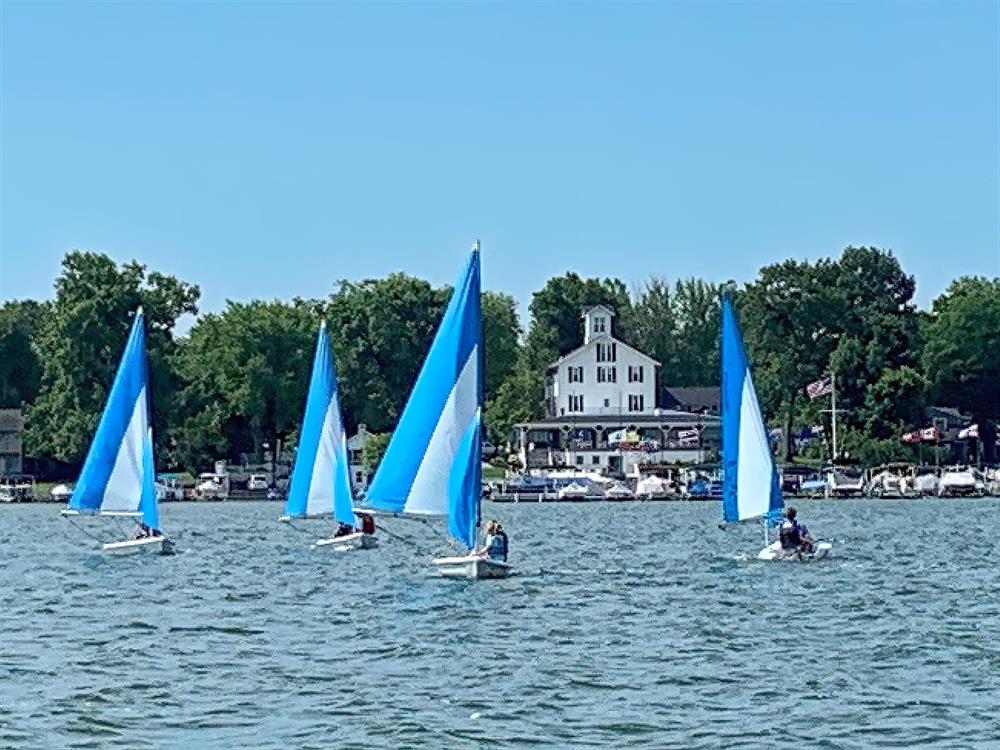 Junior Sailing Program
In 1957, Bruce Goldsmith was the first paid full time Junior Sailing Instructor at Devils Lake Yacht Club. He was told that Barney and Jack Beal oft times helped the kids before that.  Since then the Club has had an organized Jr. Sailing Program every summer.  The ultimate goal has been to make racing sailors. Along the way you have to tie knots, rig the boats, rescue a "man overboard," practice seamanship, learn the rules and of course crew and steer sailboats around a race course.

The fun part of writing this page is remembering, present members, who were the Jr. sailors in 1957, Jim Whitehouse, Jim Sayre, George Sipel, and Phil Reynolds were all stars of that era. Now all of their youngsters have been Jr. sailors and, or course, George Sipel Jr. was our head instructor in 1989.  The Jr. Sailing Program is available to all Devils Lake Yacht Club members at no charge. You don't even have to own a boat.  We hope all of you will give your children a chance to be part of our favorite sport.

DLYC is happy to announce our Junior Sailing program is back.  We will only offer the July 5-9, 2021 class. If you child is interested, please complete the forms in the link below and either email to joncousino@gmail.com or bring to the first day of class. Look forward to a fun week of sailing.