As per the DLYC Bylaws, an election of Club Officers is to be conducted annually.  The nomination committee presents a list of candidates for Commodore, Vice Commodore, Rear Commodore, Executive Treasurer, Recording Secretary and Board of Governors.  Full members of our Club are eligible to submit their votes.  The final results of the election of officers are conducted by the three Full Club members acting as our election tellers.  These tellers confirm the votes and present results to the membership during our annual meeting in September. The list of nominees for 2023 Club Officers are presented below including their photo and brief biography.  The following list of the elected candidates to serve for 2023. 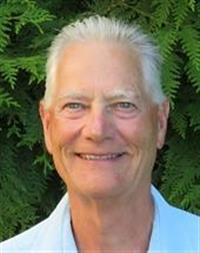 I retired eight years ago after working 41 years in the insurance business, the last 36 years at Auto-Owners Insurance Company. My wife, Suzanne, and I have been on Devils Lake for over 17 years and have been DLYC members for 13 years.  Prior to retirement, I served on several non-profit boards including the Capital Area United Way in Lansing, the Lansing Symphony Orchestra and Impression 5 Science Center.  I have also served on and chaired a community foundation board and am currently a member of its Grants Committee.

I have been a member of the DLYC Board of Governors for five years and enjoy giving back to organizations to which I belong and communities in which I live.  We have a wonderful club with much to offer our members.  If elected, my goal is to adequately and properly represent the interests of the members of the club and help steer the club towards continued success and improvement. Thank you for your consideration. 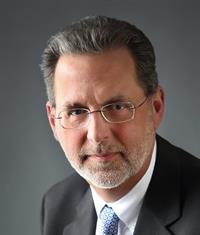 Keith Fournier, and his wife Diane, have been enjoying DLYC facilities for over 20 years with family.  In 2011, Keith and Diane decided to become members and purchased their first boat.  Since joining, Keith has volunteered as a member of the DLYC Finance & Audit Committee from 2015-2020, served on the Board of Governors for four years and continues to serve as your Rear Commodore and Dock Master for 2022. Keith was instrumental in the upgrade of our new DLYC website by selecting the vendor to host the site and provided the template, designed, and populated the entire website, and continues to act as our Webmaster performing all maintenance activities.  Additionally, he facilitated the introduction of our DLYC smartphone application.  For his efforts, Keith was awarded the “DLYC Commodore’s Award” in 2020 for his outstanding service to our club.  As for his full-time employment, he employed as a Global Director of Strategic Client Services for NICE System Inc.  Keith has accumulated 30 years of experience in both private and public sectors as a Chief Information Officer (CIO), IT executive, and consultant to Fortune 100 and 500 companies.  He obtained a Master of Arts and Master of Business Administration, several technical certifications and professional designations including Project Management Professional (PMP) and the Advanced Project Management Certification (APMC).  Additionally, Keith has experience participating on many non-profit, public and academic boards throughout his career.

Mona and her husband Bob have been members of the Devils Lake Yacht Club since 2009. During that time Mona has volunteered her time in several capacities including the DLYC Ladies Auxiliary, Finance Committee, Capital Campaign Committee and Ship Store.  She has also served as Executive Treasurer on the DLYC Board since 2018.

Mona’s professional background spans 30 years of experience in accounting, finance and leadership roles at local companies in both Lenawee and Washtenaw County. She currently serves as the Controller at ACT Test Panels LLC in Hillsdale, Michigan. Her hobbies include golf and stock market investment research.

Mona holds an MBA from Spring Arbor University and a Bachelor’s degree from Baker College.  She also holds degrees from Jackson College where she served on the Jackson College Business Advisory Committee and taught business courses part-time as an adjunct instructor. Mona and her husband Bob have two children and reside in Manitou Beach. 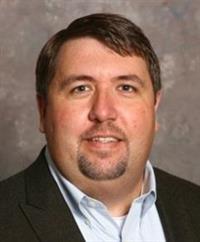 Brent Mercer and his wife Monica have been year-round Devils Lake residents since 2009.  They have five children and six grandchildren.  Brent is a partner and Senior tax manager at Donna Baker and Associates, a CPA firm in Adrian.  They were also previous owners of The Buoy at the Lake.  Brent was a previous board of director for the yacht club for two terms and has been on the finance committee for several years.

Brent has been involved with many nonprofits in the Lenawee County area such as Noon Rotary Club, Adrian Rotary foundation, Neighbors of hope and the Sam Beauford Woodworking institute.  He looks forward to serving the club as your next treasurer, giving the members a voice in all the exciting things the club has in store.   With his sound financial knowledge and leadership skills he will be working to develop an ever more thriving and vibrant club for everyone to enjoy with their family.  With this he asks for your vote in the upcoming election for the DLYC board of directors’ treasurer position. 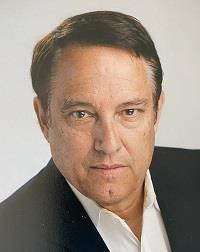 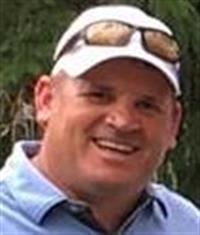 I’m Craig Gabel and I’m seeking your vote for re-election to the DLYC board.  Just like you, I have many cherished memories from DLYC including summers spent as a kid enjoying milkshakes at the club, meeting my beautiful wife Kimberly in 1993, and raising our 4 kids at our summer cottage on the North End.  We’ve been members of the DLYC since 2008 and I’ve been seated on the board for the past two years where I’ve been honored to serve our members and their families.  In my younger years, I was a sailing instructor for two years with DLYC. While attending Michigan State I also served as the Commodore of the MCSA (Midwest Collegiate Sailing Association) where I traveled across the country with the sailing team to compete on any body of water that we could.

DLYC taught me the life-long art of sailing which, on most weekends, I continue to have the pleasure to share with my son Nate in our Lightning 14818. A tradition that I hope to pass onto others through youth enrichment programming for our member’s families.  My professional experience as a business owner of three construction related businesses, has prepared me well for a leadership role at the club.  Serving the NW Ohio and SE Michigan markets and managing over 250 employees from all three family owned businesses including VM Systems, Toledo Mirror & Glass, and M&M Heating and Cooling.

While serving my two year term on the board, I’ve collaborated and helped with infrastructure improvements as well as development of youth enrichment programs such as Sail Camp. I also serve with DRLFD as a supporting board member and took an integral role in facilitating the 2022 Firework Display.  I hope to maintain serving our community through reelection to the DLYC board and continue to give back to the community that I’ve been blessed to call home away from home for the past forty two years. 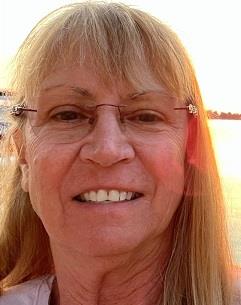 My husband and I have been members of the Devils Lake Yacht Club since 2004.  When I was asked to join the board four years ago I was honored.  This has truly been an amazing experience.  I joined the board during a period of major decision making.  It was a pleasure to help create an awesome place for members old and young to come enjoy time at the lake.

Dave and I are owner’s of a Commercial Real-estate Holding Company (Dave for 42 years I joined him for the last 28 years).  I owned a Massage Therapy business for 12 years.  We have 4 adult children and 12 grandchildren.  We have lived on Round Lake since 2000.  I’m asking for your vote to continue with the decision making for the club for the next two years.  Thank You! 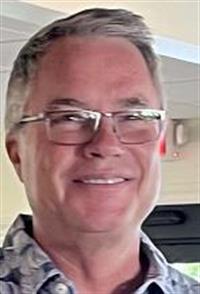 Growing up in Blissfield MI, Jeff, along with his brother Doug and sister Linda (Cantrell), started spending summers on Devils Lake in the 1960s. Their father, Parker Tagsold, was an active member of DLYC. Jeff’s fondest childhood memories of his grandparents’ cottage in Echo Cove and his father’s house further north on Devils Lake prompted him and his wife Laura to purchase a cottage on Round Lake in 2005. Jeff and Laura wanted to provide similar great times for their four children, all adults now.

Jeff attended Central Michigan University, majoring in both Mathematics and Economics. Immediately after graduating, Jeff started a 37 plus year career with Auto-Owners Insurance Company, based in Lansing, Michigan. After gaining experience in many areas within the company, Jeff was named President in 2010, and became CEO in 2018. He is currently transitioning into retirement, which is expected to happen on March 1, 2023. This will enable him to have more time to devote to DLYC board responsibilities. Jeff and Laura have been active members since 2008.